Opening the heavens: religion, reformulation and reasons to roll with it

So much of teaching is about the second-by-second set of decisions we make, whether consciously or unconsciously, and the decisions we make are shaped by intuition, which as we all know is the product of our cumulative experience this far – or expertise, if you prefer – rather than being some nebulous innate talent.

So anyway there I was, twenty-five minutes from the end of a class with my upper-intermediate group the other day, more or less at the end of a reading – a Chinese folk tale about money. I was just rounding up some vocabulary that students had asked about while reading, vaguely wondering if ideally wanted to rush on to the injected grammar (I wish with past perfect and past simple) or whether there might be some other more upbeat way of winding up when opportunity knocked.

One of the items that had come up was THE HEAVENS – as in He clung onto the rope and was lifted up to the heavens. I’d explained that it basically meant ‘the sky’ and had given another example – The heavens suddenly opened and it started pouring with rain – when a student asked what the difference between ‘the heavens’ and ‘the heaven’ was. I told the class we don’t use articles with heaven – or hell – and that aside from their literal meanings, they’re often used metaphorically: it’s my idea of heaven / hell.

There was some banter about how going to see Justin Bieber was one student’s idea of heaven, but everyone else’s idea of hell and then a Moroccan student asked “So what about paradise?” “That’s usually used to talk about a wonderful beautiful place, like maybe Bali or somewhere, that’s maybe sold as a tropical paradise” before the student then explained that for Muslims it refers to the highest part of heaven, where the prophet resides. The student then jokingly added that he wouldn’t ever reach such heights and would be lucky to reach the bottom part of heaven. Another student, a Spanish guy called Mohammed, suggested that hell was a more likely destination at which point Sosan, a Saudi woman, demanded he retract this and claimed you should never say this! I pointed out it was a common joke among friends in English and, curiosity piqued, put students in pairs to discuss whether or not they talked about heaven and hell in their own languages. Out of this the most interesting thing that emerged was a discussion about the differing concepts of angels on shoulders that seemed to exist in different cultures: the Christian notion of good angels and bad angels giving you advice – and the Muslim idea of an angel on your right shoulder recording your good actions and another on your left noting down the bad (but only after an eight-hour pause which allowed the chance of repentance and righting the wrong), all of which were to be weighed on Judgement Day. Mohammed noted that with his Spanish-Moroccan friends it was common to joke that the left-shoulder angel was compiling a library, which aroused laughter from most of the class and looks of slight shock from the more devout Saudi and Senegalese women in class. 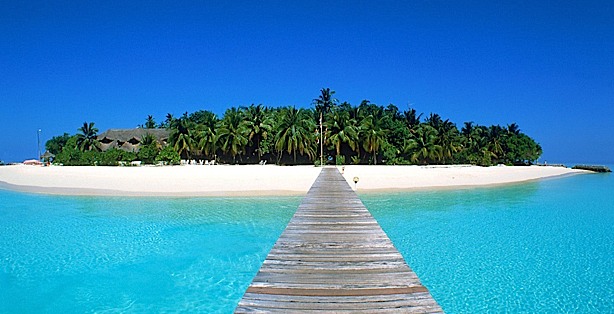 The other thing that became apparent was that many students didn’t know how to ask ARE YOU RELIGIOUS (AT ALL?) and had gotten by thus far with their own bizarre improvised versions (“You have religion?” and the like!). For the next five minutes, students changed pairs and asked and answered this question before we rounded up with some board-based reformulation. On the board we ended up with:
She’s / he’s very devout.
He used to be Muslim / catholic, but he converted to Buddhism.
I was brought up Muslim / Buddhist / Catholic, but I don’t really practise.
All religions have lots of different branches.
I don’t really believe in God, but I do believe there’s some kind of higher power.

And that was that.

The grammar waited till the following day and students left the room still asking each other questions about each others’ beliefs.

So what, you may well be wondering? Why am I telling you all of this? Well, for a whole host of reasons, I think. Partly to illustrate how we ad teachers can take advantages of moments that present themselves – what Scott Thornbury has termed affordances – and how being alert to such moments can allow us to explore interesting , and sometimes less travelled, roads; partly to reiterate the fact that frequently the best way of doing this is via the exploration and exploitation of language that emerges from texts – what I’ve elsewhere termed ambient vocabulary. Partly also to remind the sceptics that a lexical approach to language – particularly one that takes on board the idea of working from what students TRY to say and helps them say it better, and one which reworks things in fully contextualised utterances, ensures far more exposure to – and far grater opportunities to engage with – grammar than traditional grammar-led approaches frequently do.

But maybe more controversially to demonstrate how similar people – and the languages they speak – actually are, whilst also acknowledging how fascinating the slight and subtle differences can be. Further to this, to show how different people within what are often perceived as monolithic cultural blocks (‘Muslims’) can be – and maybe most of all to suggest that supposedly taboo topics such as religion can actually be tackled in an interesting way.

Despite the almost complete absence of reference to the realm of religion in most published ELT material and despite the fact that many oublishers explicitly ban any mention if its very existence, no one died during this part of the class, no rows erupted, views were exchanged and whole sides if students’ lives not typically allowed existence within TEFL-ese were given space to emerge.

Not bad for an ad libbed, improvised closing flourish to a lesson intended to explore a totally different semantic – and lexical – realm.

Thank heavens for intuition! Where in God’s name would we be without it?

What do you think? Cancel reply