Ways of exploting lexical self-study material in the classroom part three: beyond personalisation

In the two previous posts in this little mini-series, I have talked firstly about how I might tackle any given piece of vocabulary-based / lexical self-study material that you bring into class in terms of what I’d do, say, ask and write whilst checking the answers, and then in the second post I looked at ways we might get students to connect more personally to the language that emerges from working with an exercise in this kind of way – and what we might then with the output they produce.

In this post, I intend to just briefly outline three other ways you could get students to do more with what’s there on the page – or, as is more likely to be the case in this instance, on the photocopied handout (just make sure you’re all aware of the 5% rule and that your institution is signed up with the CLA!). These are all things Andrew Walkley and I will be exploring and discussing in more detail in a methodology book we’re slowly plugging away at, so i don’t want to give away the whole secret recipe, but a taster never hurt anyone now, did it?

In case you’ve forgotten what we’re talking about here, I’ll insert the piece of material i selected to base things on:

Now, the first thing you can get do students to do is to develop what’s there either horizontally or vertically. All too often with sentences in coursebooks or exercises, students tend not to see them as anything other than dead objects to be completed, checked and then discarded or progressed on from, so anything we can do to help them engage further with what’s there can only be a good thing. The idea of getting students to think about how the examples that are there could be developed in discourse terms is one way of doing this. It also gives the teacher the chance to help students both grammaticalise and lexicalise their ideas better and deals with student output and ideas in a holistic way.

By horizontal development, I mean thinking about what might be said by the same speaker / writer immediately afterwards – or possibly even immediately before. Vertical development is more to do with how a dialogue or conversation featuring the example might then progress, how another person might respond to what’s been said.

In classroom terms, all I’d do, once I’d checked the answers and worked the language that was there, is simply tell the students to look at the six sentences again and, with a partner, decide (and write – this makes it easier for the teacher to see what students have come up with, which in turn makes it easier to build up towards feedback) what was said or written immediately after – or maybe before each sentence. It could be what was written / said by the same person or by another person. I might go through one with the whole class to model the task, so I’d ask, for instance: OK, with number 1, do you think it’s more likely to be the same person or a different person who speaks next? The same? yeah, me too. Why? Right. It sounds like a speech or something, doesn’t it? Or maybe an essay putting forward a particular argument. So what’s the next line, do you think? yeah, probably one idea about what we can actually do to address the issue of alcohol abuse. For instance? Yeah, raise taxes on alcohol. So it might be something like this: Well, firstly, the tax on alcohol could be increased. I’d make it passive here because the raising of the taxes isn’t done by the speaker, but by someone else, like a government person. Plus, it puts emphasis on the tax increase more.  OK then, so like this. For all six sentences, what’s said afterwards – or maybe before.

As students worked together, coming up with ideas, I’d then go round, check what they were coming up with, help out, correct, question, comment and so on. As ever, I’d also be looking for ideas I could rework on the board to base some kind of feedback on. As I came across ideas I liked, I’d write things up on the board, with gaps left in, to come back to once the majority of pairs had more or less finished. Of course, if I failed to see anything worth picking up on, I’d simply invent stuff based on what I think might be said next – or before! In the end, the board might have things like this on it:

Less developed countries end up being d……………… on richer ones and never have the chance to develop their own in……………….. for dealing with these kinds of things.
Shops were looted, cars were stolen, it was awful! It took the police days to re……………. c…………… of some the worst-affected areas.
In the w……….. of these latest attacks, community leaders have made a plea for calm.

I’d then simply paraphrase the missing words (dependent, infrastructure, regain control, wake) in order to elicit them. For instance, I’d say something like: OK, so some of you were saying that one of the problems with aid agencies always providing emergency relief is that it kind of makes countries lazy; they feel they can always rely on other countries helping them, so they don’t develop all the systems needed to tackle disasters. They come to rely on other countries, they end up being MM-MM-MM on them. Right. Dependent on them. 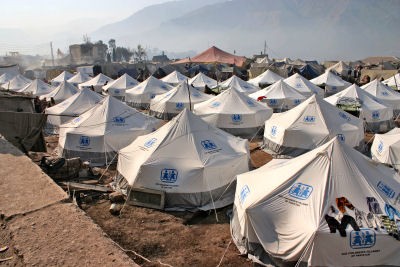 Let’s move on. Another thing teachers can do to encourage some kind of deeper engagement with content is what we’ve dubbed read, remember, cover, say and check.

As I said earlier, all too often for students completion of an exercise becomes the end goal and once the answers have been checked, they don’t always do enough to pay attention to – and attempt to learn – the language contained in the actual exercises. We can counter this by telling students to read the sentences again and to try and remember as much as they can. Then put students in pairs. All the A students should close their books (or turn their handouts over!), while the Bs keep their open. Student A then says each of the sentences in the exercise as accurately as they can. After each attempt, B either corrects or else says it was fine. As teacher, you could model the task by closing your own copy of the coursebook and saying what you remember of the first sentences – and then checking your answer! It always helps if you get it right, but not 100% right, so the students see your own humanity!

There are simple twists you can make to this exercise – and things you can encourage students to do at home as self-study. For instance, you could ask students to read, remember and then write individually what they remember. They could then compare with a partner, see if they can agree a final version and then check by opening their books. They could also do basically the same thing, but instead of writing, simply say what they remember and then check.

One final thing we can do to encourage students to pay more attention to the language and to notice how things work in English is two-way translation. Now, I’ve written before – and at some length – about translation and its many uses, but I feel it’s still a very under-used and under-appreciated technique / approach.

When students have finished an exercise, either tell them to translate all of it into their own first language or else select a few sentences to be translated. If you teach monolingual groups and speak the students’ L1, you can put students into pairs and tell them to decide on the best translation and then check ideas with the whole class. In multilingual classes, you may still be able to put groups of students who share the same L1 together to help each other. Even if you don’t speak your students’ L1, they’ll generally be able to translate so long as they understand the sentences. Tell students to ask you if there’s anything they are unsure of the meaning of.

Hope it’s given some of you a few more ideas on how to get more from less.

What do you think? Cancel reply